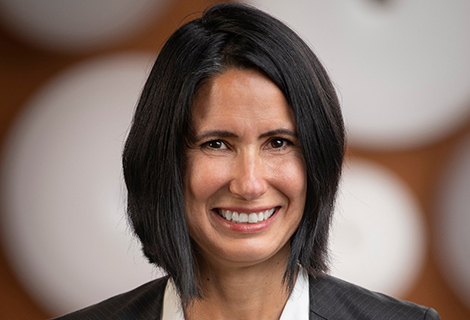 Val is a senior finance leader with more than 20 years of diverse financial experience in the energy industry. Val is accountable for all financial aspects of the business.  Val has held progressive management and board roles during her more than six year career at Pembina including as the Controller for the Pembina NGL Services Business Unit, Assistant Controller for Alliance Pipeline, and Board and Audit Committee member for Aux Sable. Prior to joining Pembina, Val spent nine years in strategy and finance roles in energy integrated multinationals and five years in a global fertilizer company in Calgary.

Val has been based in Calgary, AB, Canada for more than 20 years and is originally from Argentina. She holds a GCB.D ESG Designation, an MBA, a Certified Professional Accounting and an International Trade degree. 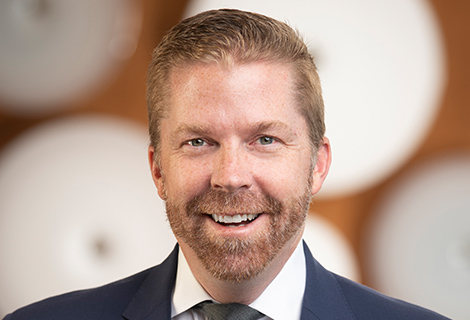 Scott Badham has more than 16 years of experience as a senior capital markets professional in the energy industry. Prior to joining Pembina Gas Infrastructure, Scott worked in the capital markets group at Pembina Pipelines and Veresen Inc., focused on corporate development, structuring, finance, capital markets and accounting roles.

Scott holds a Bachelor of Management degree and is a Chartered Professional Accountant. 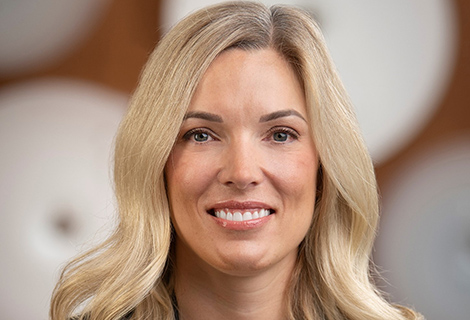 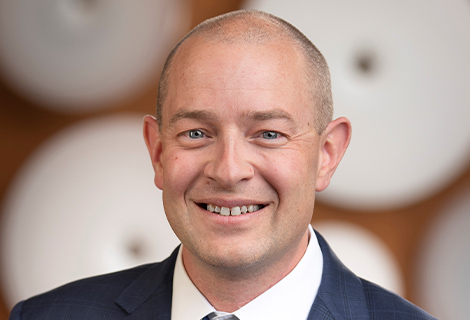 Adam Moore has more than 20 years of diverse operations and engineering experience in the energy industry.  Adam has been with Pembina and Veresen since 2014, filling various management and engineering roles, and previously has worked in upstream oil and gas and downstream refining with a focus on operations engineering, root cause analysis, process troubleshooting and optimization, process safety management, asset integrity, reliability, and Operating Management Systems.

Adam holds a Bachelor of Science degree in Mechanical Engineering (with Distinction) from the University of Calgary and is a registered Professional Engineer in the three Western Canadian provinces with EGBC, APEGA and APEGS.

Brandon Freiman joined KKR in 2007. He is the Head of North American Infrastructure and serves as a member of the Global Infrastructure Investment Committee, the Asia-Pacific Infrastructure Investment Committee, and the Infrastructure Portfolio Management Committee. Mr. Freiman has been involved in KKR’s investments in Coastal GasLink, Nitrogen Renewables, Altavair AirFinance, SemCAMS Midstream, NextEra Energy Partners, Veresen Midstream, Bayonne and Middletown Water, Westbrick Energy, El Paso Midstream, Del Monte Foods, and Energy Future Holdings, among others. Prior to joining KKR, he was with Credit Suisse Securities in its energy investment banking group, where he was involved in a number of merger, acquisition, and other corporate advisory transactions. Mr. Freiman holds a Bachelor of Commerce, with a Joint Honors in Economics and Finance, from McGill University. He is also on the board of Peninsula Bridge, a nonprofit organization that provides motivated low-income students with academic and personal support during middle school years through college graduation.

Paul Workman joined KKR in 2014 and is a member of the KKR North American Infrastructure team. Prior to joining KKR, he was with RBC Capital Markets in Calgary, where he focused on merger, acquisition and financing transactions in the energy industry. Prior to RBC, he worked in the oil and gas industry focusing on engineering. He holds a B.Sc. in Mechanical Engineering and a B.A. in Economics from Queen’s University.

Doug Rotenberg, based in San Francisco, is an independent energy advisor to Private Equity, energy Industry participants and Boards in LNG, natural gas and other resource plays. Doug retired from BP at end-2015 with 25-years of gas, LNG, power, NGLs and downstream market experience and has closed major transactions in most global energy producer and consumer regions across every element of the gas value chain. Doug graduated from Southern Methodist University in 1985 and received an MBA from the University of North Carolina in 1988. Doug was a currency and energy trader in his early career before joining Enron International in Houston in 1993 where he was a leader in the early steps of the merchant LNG business. Doug joined BP in London in 2000 as the original Global Head of LNG and transferred to Singapore in 2006 where he continued to work with BP’s Upstream and Traded LNG portfolio and serve as Global Chief Commercial Officer for the Integrated Supply & Trading business. Doug is a Senior Advisor to KKR’s Infrastructure platform.

Since early 2022, Jaret has served as Pembina’s Senior Vice President & Chief Operating Officer.  Prior to his current role, he served as Senior Vice President & Chief Operating Officer, Facilities where he was accountable for the safe, reliable and responsible management of gas processing, fractionation, rail, storage and import/export assets at Pembina. In 2022, Jaret was appointed to his current role and his accountabilities were expanded to include oversight of the Pipelines Division, which provides customers with pipeline transportation, terminalling, storage and rail services in key market hubs in Canada and the United States for crude oil, condensate, natural gas liquids and natural gas. He also oversees Pembina's joint ventures including Alliance Pipeline, Aux Sable, and Pembina Gas Infrastructure and is a member of the boards of Cedar LNG and Pembina Gas Infrastructure.

Prior to these roles, and upon joining Pembina in January 2015, Jaret was Vice President, Gas Services at Pembina. Through his leadership, Jaret has contributed to a significant portion of the Company's growth. Before joining Pembina, Jaret worked in a senior management position for a major energy producer where he was responsible for the growth of the company's core Montney liquids play in Alberta. He also brings a resource background in all key WCSB geological plays, strategic planning, engineering, operations and facility construction.

Jaret graduated with a Bachelor of Applied Science in Petroleum Systems Engineering from the University of Regina in 2002 and is a member of APEGA.

Prior to joining Pembina in March of 2020, Brian was Chief Executive Office of Sinopec Canada (the Canadian owned subsidiary of Chinese state-owned Sinopec International Petroleum Co.).  As CEO for Sinopec Canada, Brian was responsible for overseeing the Canadian upstream operations with total Sinopec investment in Canada (as of YE 2018) of approximately $12 billion USD with assets comprising ~70,000 Boe/d of production (roughly 60/40 gas/oil) including the non-operated Sinopec interest in Syncrude (oilsands mine and upgrader) and the Pacific Northwest integrated LNG project (‘PNW’ operated by Malaysian state-owned Petronas). Brian has also held positions as Executive Vice President of Exploration and Development at Sinopec Canada, Principal and the Head of Acquisitions and Divestitures at Peters and Co. Limited, and from 2000 to 2010 held management positions at Encana and predecessor Alberta Energy Corporation.

Brian Kostreba is a senior finance professional with more than 30 years of experience, including 21 years in the energy industry.  He is responsible for accounting, financial reporting, long-range planning and budgeting for Pembina's Gas Services Business Unit.  Before joining Pembina in 2017, Brian held the position of Treasurer with Veresen Inc. and was responsible for all treasury and capital markets financings. Prior to Veresen, Brian was with Nexen Inc. for thirteen years where he held a variety of progressively more senior roles within the organization in capital markets, marketing and long-range planning. Brian has a Bachelor of Business Administration Degree from Lakehead University, is a Chartered Professional Accountant and a CFA® Charterholder.