Ms. Ainsworth served as President and Chief Executive Officer of Oiltanking Partners, L.P. and Oiltanking Holding Americas, Inc. from November 2012 to March 2014. She is currently on the boards of Kirby Corporation, HollyFrontier Corporation and Archrock, Inc. Ms. Ainsworth has extensive experience in the oil industry and has held several senior management positions throughout her career.

Ms. Ainsworth was Senior Vice President of Refining at Sunoco Inc. (2009 to 2012) and previously was the General Manager of the Motiva Enterprises, LLC (Motiva) refinery in Norco, Louisiana (2006 to 2009). Before she joined Motiva, Ms. Ainsworth was director of process safety management systems and business improvement leader at Shell Oil Products U.S. (2003 to 2006) and Vice President of Technical Assurance at Shell Deer Park Refining Company (2000 to 2003).

Ms. Ainsworth graduated from the University of Toledo with a Bachelor of Science in chemical engineering. She holds a Master of Business Administration from Rice University, where she also served as an adjunct professor (2000 to 2009). She is a graduate of the Institute of Corporate Directors Education Program and holds the ICD.D designation. 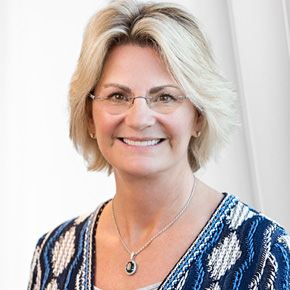