Pembina’s 18,000 km of pipelines run through diverse natural habitats, home to thousands of local species.
As part of our commitment to environmental stewardship, we minimize our footprint and create safe solutions to protect the wildlife that makes the land and water near our assets their home.

In all our work, the Environmental Management team works closely with regulators to ensure our impact is minimal. We conduct studies and assessments to understand local environmental features and potential impacts our project or assets may have, and take steps to protect local wildlife and habitats.

Every spring, the sharp-tailed sage grouse gathers in areas with dry open ground – known as leks – to display courtship behaviour. During Pembina’s construction of the Alberta Ethane Gathering System across the South Saskatchewan River, we identified a lek 700 metres from the pipeline right-of-way. Although the Alberta Energy Regulator requires that Pembina monitor leks within 500 metres from our pipeline, a wildlife biologist was brought in to conduct daily monitoring of the grouse, which included monitoring the lek during construction activities to ensure we weren’t disturbing the courtship behaviour of the grouse. Our observations confirmed the grouse behaviours were not affected during construction and the birds continued to return to the lek.

The Ord’s Kangaroo Rat is on the Endangered in Canada's Species at Risk Act list. It is a nocturnal animal and sensitive to light that even a full moon is cause for concern as it exposes them to predators. During the construction of Veresen’s Empress Pipeline in southeastern Alberta, Pembina’s Environment team identified that the Ord’s Kangaroo Rat was present in the area.

The team used long scope cameras during field surveys to identify where dens were located and whether they were inhabited. Pembina notified regulators of the presence of the species and committed to adjusting proposed route plans to avoid the dens.

During construction, the team used silt fence to keep Ord’s Kangaroo Rats from coming into the right-of-way. In one area, where dens could not be avoided, a directional drill was used to drill under a cluster of active dens. The drill typically runs 24/7 and construction personnel must use light towers to keep the site safe while working at night. To keep the area around the drill darker, sea-cans were set up at the drill entry to create a sound and light barrier to avoid disturbing this sensitive species. Post-construction, the habitat was monitored, and we confirmed there was no impact to the Ord’s Kangaroo Rats or their dens. 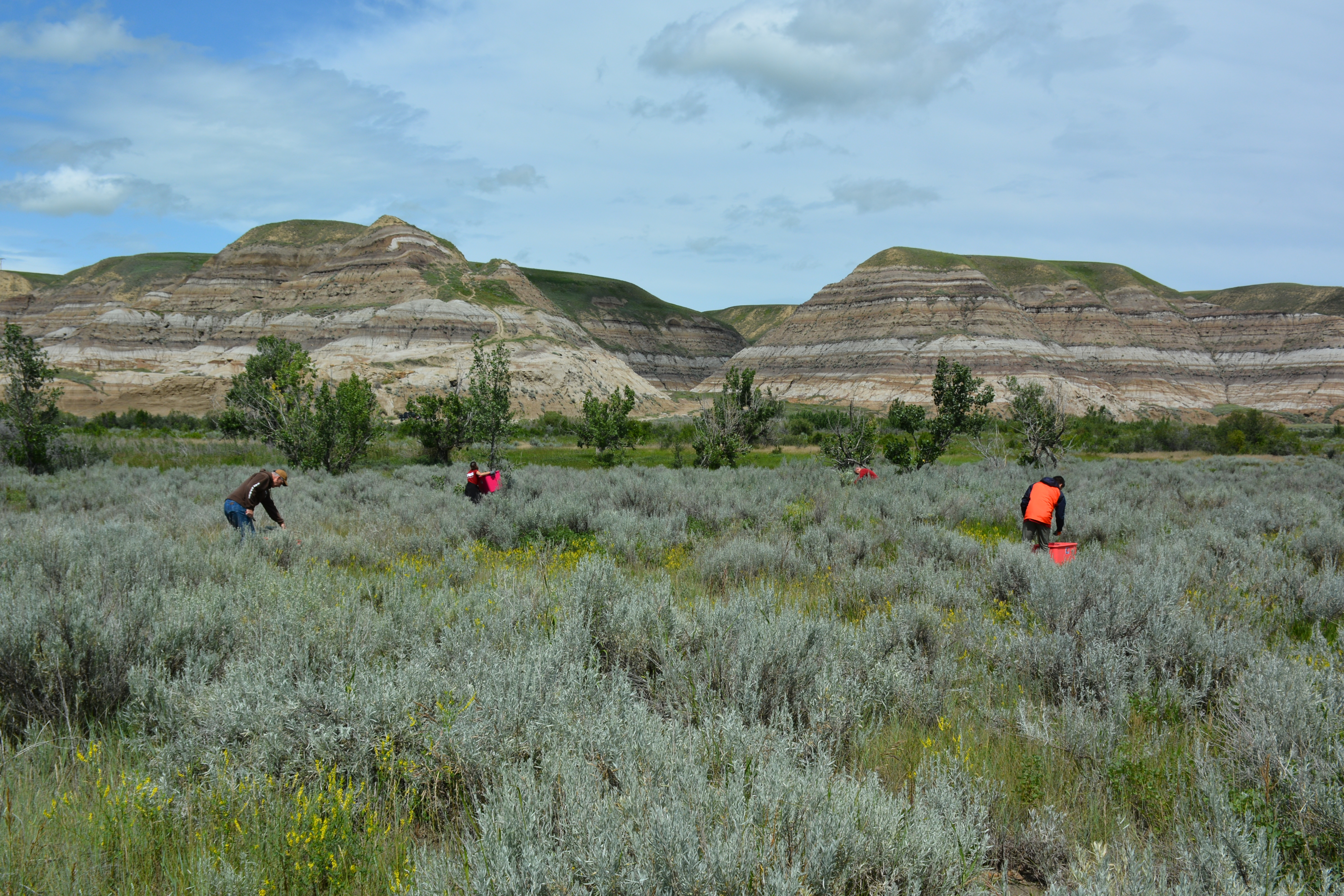 Pembina partners with organizations to support and protect ecosystems and wildlife.

Calgary Zoo: Pembina is sponsoring the construction and operational expenses of the Calgary Zoo’s new Wildlife Conservation Centre with a $250,000 investment over a 5-year period. This facility is dedicated to conservation breeding and research programs for various at-risk Canadian species and is located just outside of the City of Calgary. Pembina will be supporting the construction and operations of the greater sage-grouse flight pens or the burrowing owl facilities at the new site.

Alberta EcoTrust: For the past 14 years, Pembina has supported the Alberta EcoTrust’s Environmental Grants program. In 2021, our investment contributes to the new Climate Innovation Fund which targets major urban greenhouse gas emissions sources in Calgary and Edmonton. The fund supports projects and organizations in alignment with climate action plans by focusing on building better and retrofitting wiser; moving on mobility; decarbonization and renewable energy.