Phase VII includes a new 20-inch, approximately 220-kilometre pipeline in the La Glace-Valleyview-Fox Creek corridor, as well as two new pump stations or terminal upgrades, between La Glace and Edmonton, Alberta.  Phase VII was constructed to provide transportation for the growing condensate supply in the WCSB and will divert condensate off of the existing LaGlace-Kakwa-Fox Creek corridor, creating additional firm capacity for Pembina's customers. Phase VII was completed approximately $150 million under budget and was placed into service on June 1, 2022.

The Phase VIII Peace Pipeline Expansion will enable segregated pipeline service for ethane-plus and propane-plus NGL mix from Gordondale, Alberta, which is centrally located within the Montney trend, into the Edmonton area for market delivery. The project includes new 10-inch and 16-inch pipelines, totaling approximately 150 kilometres, in the Gordondale to La Glace corridor of Alberta, as well as new mid-point pump stations and terminal upgrades located throughout the Peace Pipeline system. Phase VIII will add approximately 235,000 bpd of incremental capacity between Gordondale, Alberta and La Glace, Alberta, as well as approximately 65,000 bpd of capacity between La Glace, Alberta and the Namao hub near Edmonton, Alberta. Procurement activities have commenced and site clearing activities are expected to begin in the fourth quarter of 2022. The project has an estimated cost of approximately $530 million and is trending on-time and on-budget, with an expected in-service date in the first half of 2024.

The Phase IX Peace Pipeline Expansion includes new 6-inch and 16-inch pipelines debottlenecking the corridor north of Gordondale, Alberta as well as upgrades at one pump station and a new pump station in the Wapiti-to-Kakwa corridor. In addition, this expansion will see existing pipelines, which are currently batching, converted to single product lines. Construction of the Wapiti-to-Kakwa pump station was completed in July 2022. Clearing activities and mainline pipeline construction were completed in the third quarter as planned and commissioning activities have begun on schedule. Phase IX remains on-time and on-budget with an estimated cost of approximately $120 million and an expected in-service date in the fourth quarter of 2022. 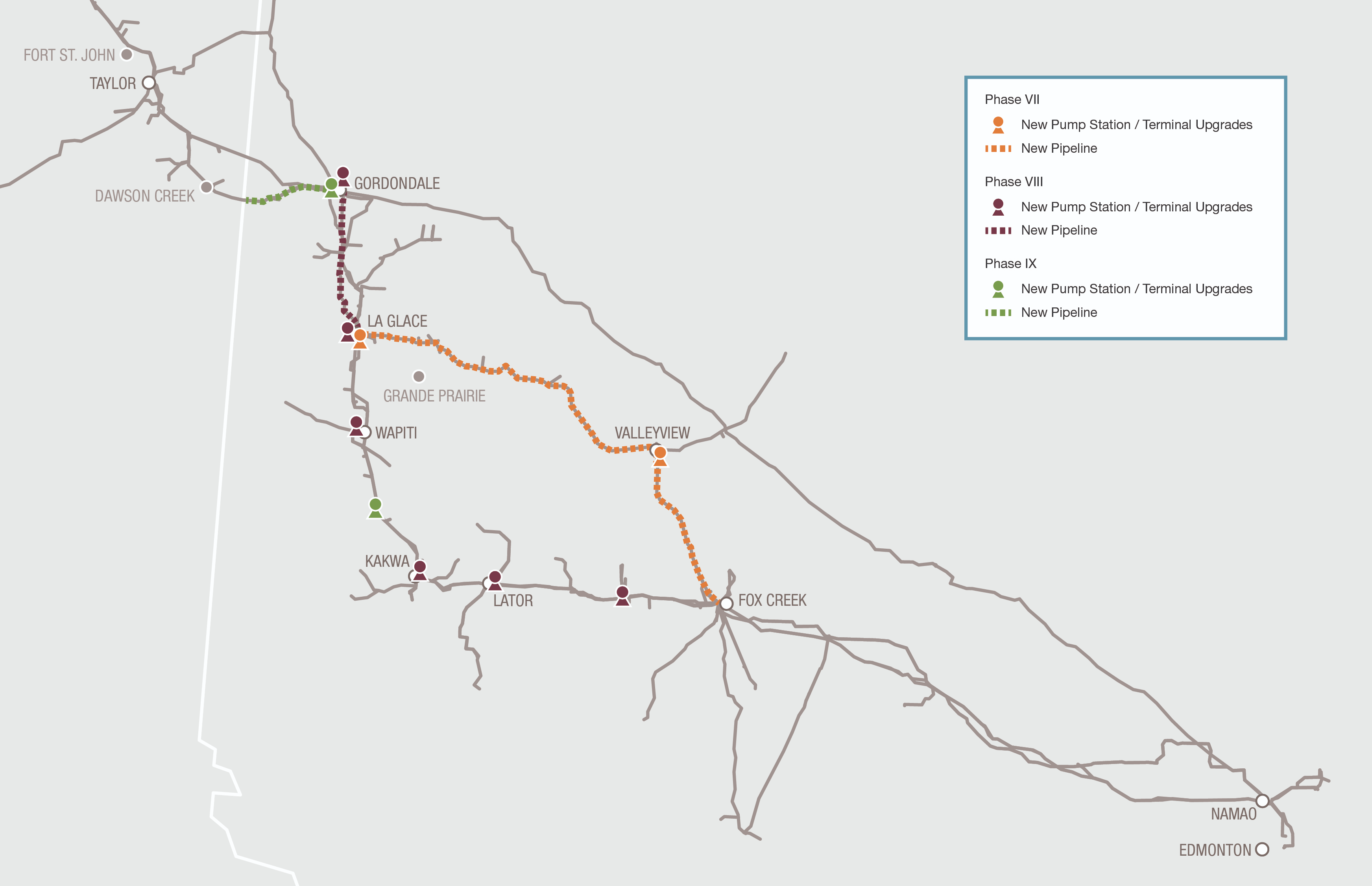 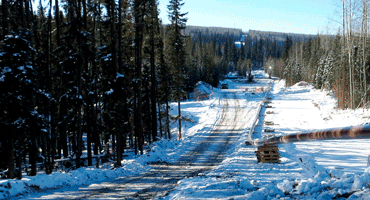