Partnering with First Nations is an opportunity for Pembina to demonstrate its commitment to minimize impacts on biodiversity.
When we begin a new project, Pembina incorporates biophysical and social knowledge into our planning process based on a series of assessments and consultations with stakeholders and Indigenous communities.

Pembina followed this process when we began planning for a project that would cross Driftpile First Nation’s (DFN) traditional land – lands that have long been used for camping, hunting, and harvesting plants for ceremonial and medicinal purposes.

While Pembina takes thoughtful action throughout planning, construction, and operation of our assets to reduce potential impacts to biodiversity, DFN expressed some concerns with how the lands would be reclaimed and restored to their traditional use after construction was completed.

The AER directed Pembina to monitor and provide data on natural regeneration of traditional medicinal plants on our right-of-way (RoW) following construction and reclamation. To address DFN’s concerns, the AER approved the project with a unique condition (Condition 10), suggesting Pembina and DFN collaborate on one or more reclaimed sites that are significant to DFN for traditional use over a five-year period, and submit an annual report to the AER. The intent of Condition 10 was to demonstrate the effectiveness of Pembina’s proposed natural revegetation approach.

Pembina collaborated with DFN on developing a Condition 10 plan that would be carried through subsequent years, while ensuring there was a feedback loop back to the DFN community. Meetings were held with Chief and the DFN band council, who directed the inclusion of DFN elders and harvesters in tailoring the plan to meet the regulatory requirement. First Nation harvesters have treaty rights to hunt, trap, fish, and gather plants in their respective traditional territory.

Pembina considered that it was important to go above and beyond the requirements outlined in Condition 10, so instead of choosing a single site of significance to DFN, we selected three sites that contained plant species of importance for traditional use. We then made a request to have community members, specifically elders and harvesters, involved in selecting the three sites for assessment of revegetation success over a five-year period, and to identify plant species. Following the field assessments, a report was prepared and presented at a DFN community meeting to solicit feedback. This feedback was collected and incorporated, as required, into the subsequent year’s field assessments and reporting.

The three sites – two gathering areas for harvesting wild raisins, bunchberries, and Labrador tea, and one medicine area with yarrow – were selected based on traditional significance to DFN.

“We were fortunate to work with DFN in developing this plan,” says Irfana Qureshi, Environmental Specialist. “In my role as Environmental Specialist, I was particularly excited about the component of the plan that committed to training six and hiring four Aboriginal environmental trainees to support the environmental work during construction. We were pleased the AER accepted the plan, and noted the terms exceeded what was outlined in Condition 10.”

In August 2018, in advance of the first growing season, a preliminary assessment of the three traditional use sites along the RoW was conducted to observe baseline vegetation on the selected sites.

In October 2019, Pembina held an open house at the DFN community hall that was attended by DFN elders and community members. Pembina presented an overview of the project and discussed the results of the first growing season post-construction monitoring of the three selected sites along the RoW. Overall, the DFN elders were satisfied with the natural revegetation progress one year after construction and agreed with the results of the 2019 assessment.

“Driftpile is happy with the natural revegetation progress,” says Victor Prinz, DFN Environment Monitor. “Although, the right-of-way is still in the early stages of restoration, the selected sites are on the positive trajectory for natural native vegetation regrowth.”

The estimated percentage of vegetation cover on the sites has improved, when compared to the preliminary assessment conducted in 2018. There has been an upsurge in the number and type of plant species growing on the RoW due to natural encroachment from adjacent lands (see Photo 2). New plant/fungi species such as blueberry, devil’s club, chaga mushroom and conk fungus were identified by the DFN elders that were not present at the time of the initial assessment completed in 2018.

Pembina continued to implement the plan for revegetation together with DFN harvesters and community members in 2020. The same three sites were assessed to evaluate the natural revegetation success and any additional traditional use plant species will be documented in coordination and consultation with DFN harvesters. In light of the global COVID-19 pandemic in 2020, Pembina and DFN elders adapted field assessments to ensure collective safety. We look forward to continuing our partnership with DFN on our plans to abide the terms of Condition 10. 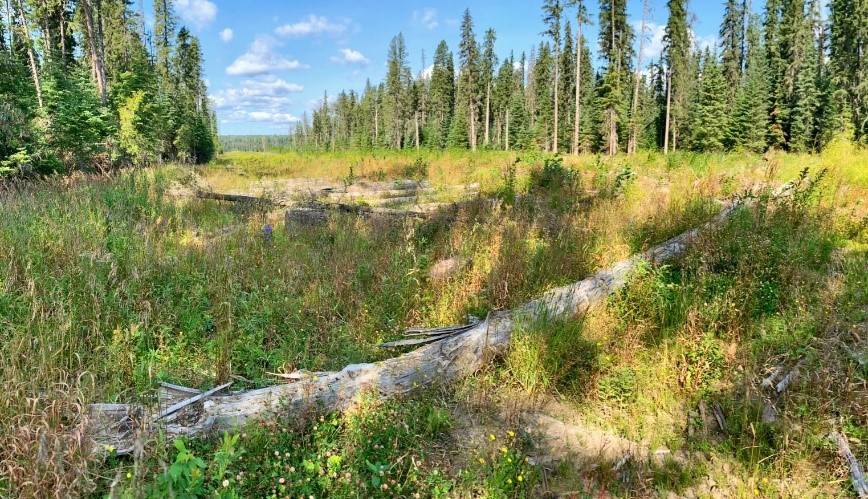 Photo 1: Natural vegetation cover on the RoW at one of the gathering sites as of August 10, 2020 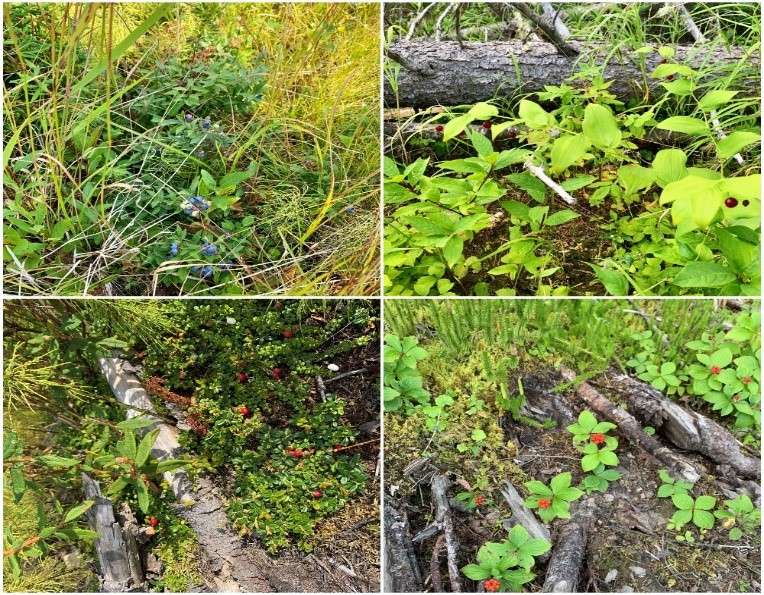 Driftpile is happy with the natural revegetation progress, says Victor Prinz, DFN Environment Monitor. Although, the right-of-way is still in the early stages of restoration, the selected sites are on the positive trajectory for natural native vegetation regrowth.