The worldwide pandemic, followed by all-time-high unemployment and an economic and health crisis have all required corporations, governments, and nonprofits to step up to help communities in need.
“Before the pandemic, one in five Calgarians were already worried about having enough money for food, without the added stressors that 2020 brought with it,” says Karen Young, President and CEO of United Way of Calgary and Area. “COVID-19 has shone a bright light on the issues that face our community and made them impossible to ignore any longer."

Every year, corporate campaigns allow United Way to support 5,000+ communities across Canada, offer 6,000+ programs to help those in need, and raise $506+ million to improve lives. In Calgary and surrounding area last year, 11,445 people were supported to meet basic needs, 3,435 people improved their financial well-being and 16,445 people gained the skills to improve their mental health.

“So many people face barriers to living a successful, thriving life. We know that by supporting our neighbours through tough times, we can help build stronger, more resilient communities where we all have an opportunity to reach our full potential—which is a benefit for everyone,” adds Young.

Pembina’s United Way campaign is not just about providing employees with meaningful ways to give back, it’s also about our employees’ wellbeing and keeping them engaged and healthy, both physically and mentally, says Jennifer Stubbs, Vice President, Internal Audit and co-chair of Pembina’s 2020 United Way campaign.

“With many Pembina employees working from home, the campaign allows us to reconnect over our spirit of giving back to the community, which is engrained in the Company culture.”

Over $3 Million raised for people in need

Pembina’s 2020 United Way Campaign raised over $3.26 million through the efforts of employees, contractors, former and current Board of Directors and retirees – which equates to more than $1,200 per individual. This year, the Company’s fundraising efforts placed Pembina as the second largest campaign in the city overall, despite its significantly smaller employee count.

“Many people are struggling as we face shifts in the social fabric of our communities, workplaces and homes,” says Craig Croney, VP of Operating Services and co-chair of Pembina’s United Way campaign. “But at Pembina, our commitment to communities remains the same. What we do together today will determine our community's vitality tomorrow. The money raised will help thousands of people build better lives. And right now, that’s needed more than ever.”

With more than 30 years of history participating in United Way’s campaign, employee volunteers moved Company favourites like wine survivor, 50/50 raffle, food sales, competitions and events to an online environment – many of which sold out or raised new fundraising records. Pembina also partnered with its generous vendors and customers who donated goods for the Company’s highest grossing event – the online auction. The campaign drew in more than dollars - thousands of much needed items were also donated by employees such as diapers, food, school supplies and children’s toys through a Collection Drive. 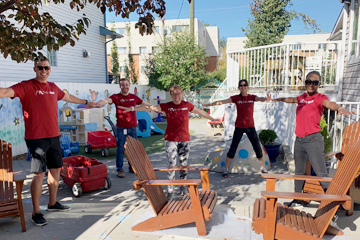 Team in Calgary, AB volunteer at The Children’s Cottage Society

Recognized with the 2020 United Way Award of Excellence

In March, the United Way of Calgary and Area announced Pembina is the Award of Excellence recipient for the 2020 Community Impact Awards. The award recognizes candidates with over 250 employees who have led outstanding campaigns with active leadership giving programs and a commitment to making Calgary a resilient and caring community. Pembina’s campaign stood out due to its partnership with Community Hubs for its Days of Caring event. The event included a collection drive that filled 12 cars with goods, gift card donations, and informative webinars about community outreach initiatives.

Giving back to the community is one of Pembina’s fundamental values. In 2020, Pembina invested more than $5 million in our operating communities. This funding is being used to improve access to healthcare, community wellness, educational and environmental initiatives, and support emergency response in rural areas. 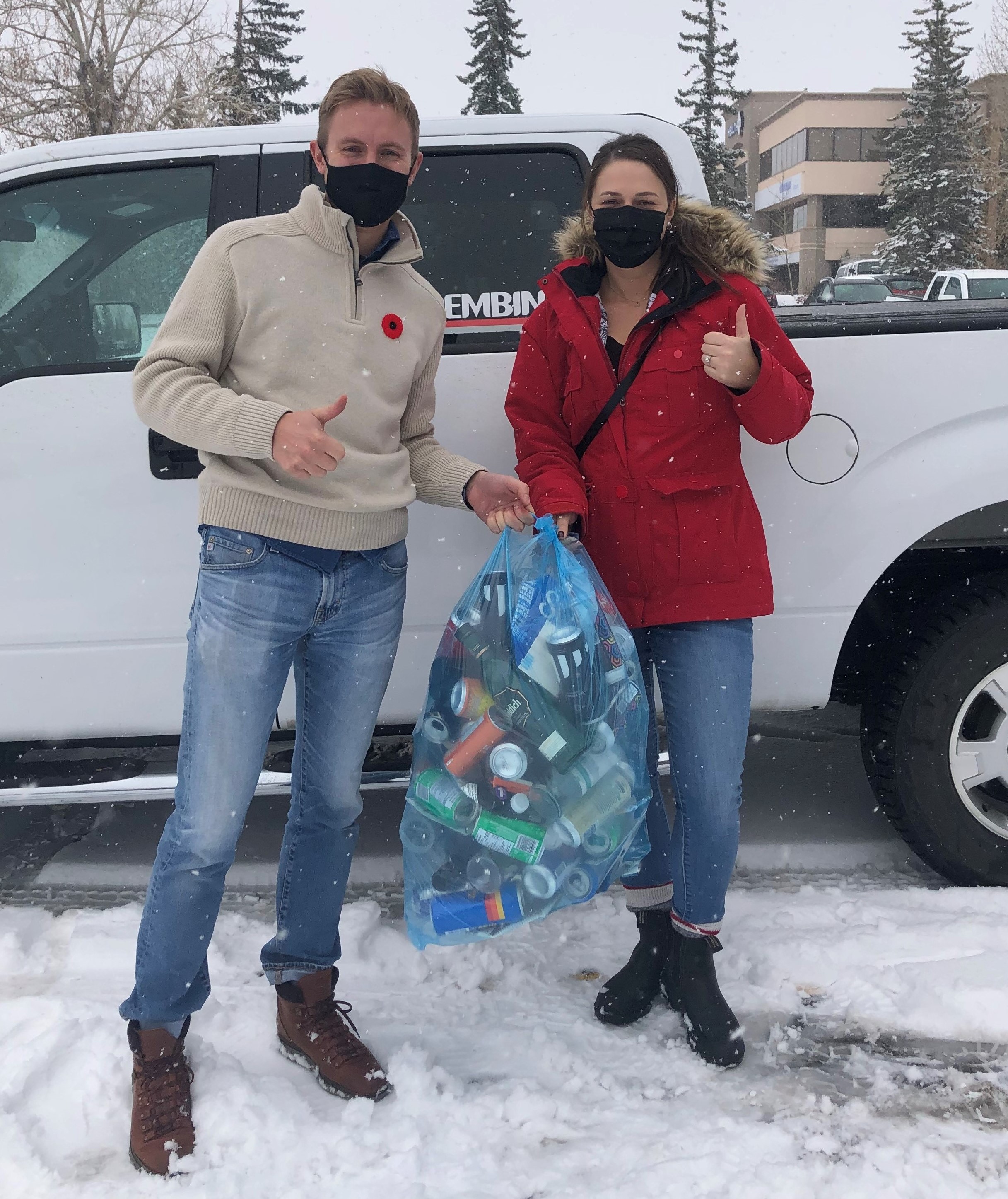 Dropping off bottles during the Battle of the Bottle Fundraiser