We recognize the profound relationships that Indigenous people have with the land on which we operate.

We understand that the success of our business is directly tied to the support of our neighbours, many of whom are Indigenous. We take the time to meet and get to know neighboring Indigenous and Tribal communities so we can learn, understand, and respond to concerns as well as provide information about our operations, projects and economic benefits associated with them. Our Indigenous and Tribal Relations Policy governs how we build mutually beneficial relationships with Indigenous communities.

At Pembina, we recognize and respect:

Related Links
Pembina recognizes that all Canadians, including private industry and government, must play a role in advancing the Truth and Reconciliation Commission of Canada’s Calls to Action, and in particular, Call to Action Number 92, Business and Reconciliation

Our Approach to Building Relationships

Building positive relationships with Indigenous communities helps us understand the importance of the area and the culture of the people who live there and provides the opportunity to collaborate on community projects relating to community development, employment and business development.

To build mutually beneficial relationships with Indigenous communities, we focus on:

Pembina works to build lasting and mutually beneficial relationships with Indigenous and Tribal peoples potentially affected by our current or future operations, and in so doing, will:

We encourage increased Indigenous capacity through training, employment and business opportunities related to our operational activities, and we recognize the unique role that industry can play in supporting Indigenous peoples to gain long-term sustainable benefits from economic development projects.

We commit to:
Indigenous communities put their trust in Pembina when we work on their traditional lands. Through our community investment program, we honour this relationship and give back to the communities where we operate. Our investment decisions are based on our understanding of the unique needs and characteristics of each community.

To learn more or apply for funding, click here.
Pembina is committed to enhancing the knowledge of and respect and consideration for Indigenous peoples among our employees, consultants and contractors.

The future of Canadian energy is inextricably linked to meaningful partnerships with Indigenous communities, and we believe we’re setting the standard for what true Indigenous industry partnerships can look like:

"We believe that environmental stewardship, Indigenous prosperity and inclusion, and mutual economic benefit are the cornerstones of future energy infrastructure development in Canada, and we are honoured to have the opportunity to work with the Haisla Nation to produce Canadian LNG."

The Cedar LNG Project will be the first Indigenous majority-owned LNG export facility in Canada and will have one of the cleanest environmental profiles in the world.

We believe that environmental stewardship, Indigenous prosperity and inclusion, and mutual economic benefit are the cornerstones of future energy infrastructure development in Canada, and we are honoured to have the opportunity to work with the Haisla Nation to produce Canadian LNG. 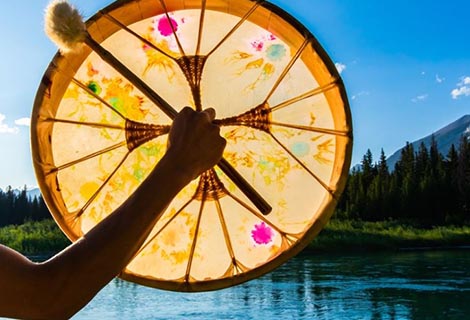 Chinook Pathways was formed by Western Indigenous Pipeline Group (WIPG) with Pembina as their selected industry partner for the purpose of establishing a collaborative ownership framework for Indigenous communities in the purchase of Trans Mountain.

Working together, we believe that Trans Mountain presents an exciting opportunity to redefine how Indigenous communities and industry can work together to support economic reconciliation.

Doing our part in communities during COVID-19